"When my counterpart first told me about a German news article referencing a tracking device that washed up on shore confirming the report about a 3 meter sharks rapid  1900 foot decent,  rapid temperature change from 30 degrees and rising to 78 degrees the greater the depth and disappearance, my first reaction was "its a sea monster". We must produce a documentary. 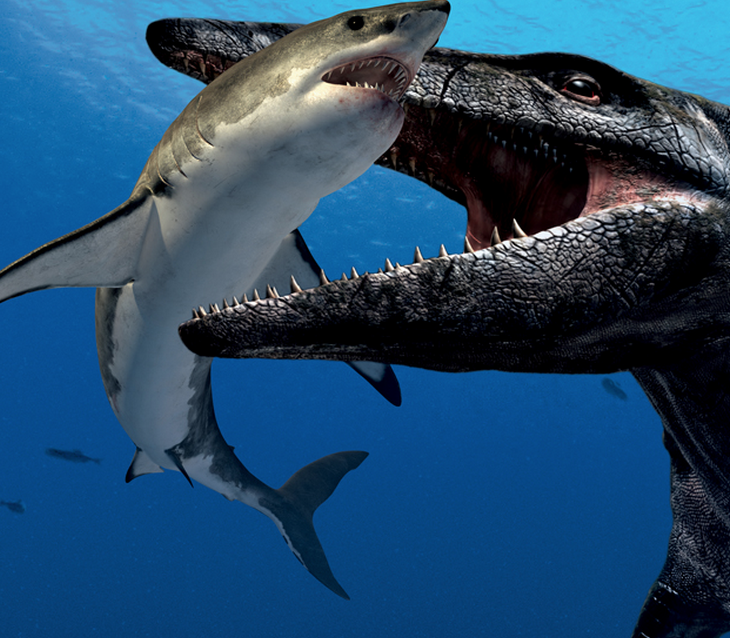 "The question that immediately came to mind was what was involved, 'What did that?' It was obviously gobbled up... eaten. What could in one bite eat a shark or that size? What could kill a 3-meter (9-foot) great white?"

Australian researchers are hunting for what they call a "mystery sea monster" that devoured a 9-foot-long great white shark.

A tracking device previously planted on the shark was found washed up on a beach, and after analysis, it showed that it had suddenly undergone a rapid increase in temperature and a swift 1,900-foot (580-meter) dive beneath the waves.

Scientists attribute the more than 30-degree spike in temperature to the shark entering another animal's digestive system, and the unexpected plunge could be explained by the larger animal's rapid descent. Researchers found the tracking device about 2½ miles from where the shark was tagged.

The perplexing situation, which occurred four months after researchers tagged the shark, is chronicled in the Smithsonian Institution's documentary film "Hunt for the Super Predator," which airs in the United States on June 25.

Additional study of sharks in the area provided a possible answer to this question: According to researchers, larger great white sharks were found in the spot where the original shark met its fate.

These huge sharks, the scientists say, are big enough to have eaten another great white and are able to dive at the speed and depth observed by the tracking device.

It's not unprecedented for sharks to eat other sharks, and the researchers posit that a 2-ton "colossal cannibal great white shark" is a likely culprit in this case.