The Best Zoos In The World

The Best Zoos In The World

The new Travelers' Choice awards for Zoos around the world issued by travel website TripAdvisor is light on captive-collection specifics but high on opinion. 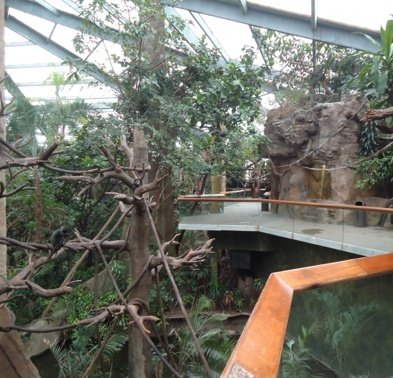 Naming 275 zoos and aquariums in total, the awards call the Henry Doorly Zoo in Omaha, Nebraska, the world's best.
The San Diego Zoo in California comes in second place.

"The U.S. leads the tally of world lists of zoos, with nine of the top 25 zoos," said the U.S.-based website in a statement accompanying the announcement of the awards.

The site says its awards are based on "millions" of reviews from its users.

"Award winners were determined using an algorithm that took into account the quantity and quality of reviews for zoos worldwide, gathered over a 12-month period," said the website.

Renamed and reorganized in the 1960s by the Omaha Zoological Society, the Henry Doorly Zoo has roots dating to the 1880s when, as Riverview Park, it contained about 120 animals, including two bison on loan from "Buffalo Bill" Cody.

Today, the zoo has "thousands of animals from around the globe, 130 acres of exhibits and gardens including seven acres of indoor exhibits," according to the zoo.

World's top 10 zoos according to TripAdvisor:

© 2014 all rights reserved
Posted by Unknown