This movie examines Henry Flagler's role in the development of the Florida East Coast Railway, the state of Florida itself, and the city of Miami. It examines a historical event and can be shown in a fourth grade social studies classroom to help satisfy the following New Generation Sunshine State Standards:

Describe the contributions of significant individuals to Florida. 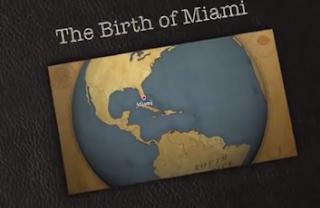 The history of Florida can be traced back to when the first Native Americans began to inhabit the peninsula as early as 14,000 years ago. They left behind artifacts and archeological evidence. Written history begins with the arrival of Europeans to Florida; the Spanish explorer Juan Ponce de León in 1513 made the first records. The state was the first mainland realm of the United States to be settled by Europeans. Thus, 1513 marked the beginning of the American Frontier.

From that time of contact, Florida has had many waves of immigration, including French and Spanish settlement during the 16th century, as well as entry of new Native American groups migrating from elsewhere in the South, and free blacks and fugitive slaves, who became known as Black Seminoles. Florida was under colonial rule by Spain and Great Britain during the 18th and 19th centuries before becoming a territory of the United States in 1822. Two decades later, in 1845, Florida was admitted to the union as the 27th US state. Since the 19th century, immigrants have arrived from Europe, Latin America, Africa and Asia.

Florida is nicknamed the "Sunshine State" due to its warm climate and days of sunshine, which have attracted northern migrants and vacationers since the 1920s. A diverse population and urbanized economy have developed. In 2011 Florida, with over 19 million people, passed New York and became the third largest state in population.

The economy has developed over time, starting with the use of natural resources in logging, mining, fishing, and sponge diving; as well as cattle ranching, farming, and citrus growing. The tourism, real estate, trade, banking, and retirement destination businesses followed.

About Vu Naples: Is an publishing platform design to share information for this area of the country. Vu Studios is A Content Production Company That Specializes In:

Ron Abboud is the Executive Producer of Vu Naples